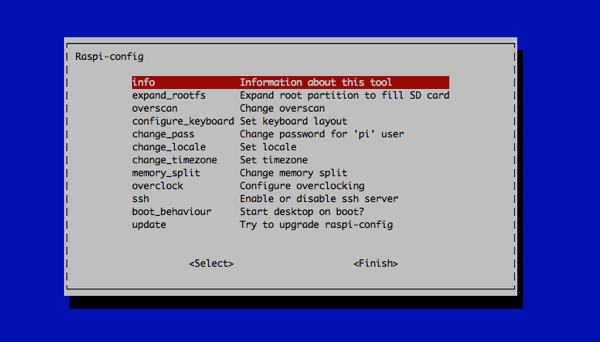 Once you have finished this part you'll have to reboot the Raspberry Pi and you are ready to rock and roll.
Last thing that can be useful, the default user is called "pi" and his password is "raspberry".
Posted by Unknown at Wednesday, March 20, 2013